Must we give up privacy and freedom to gain national security? Would we be safer with a totalitarian police state or fascist dictatorship?

This short excerpt video clip is being shared here for educational purposes only in a Fair Use capacity to be used as a supportive curriculum resource for discussions on governance. 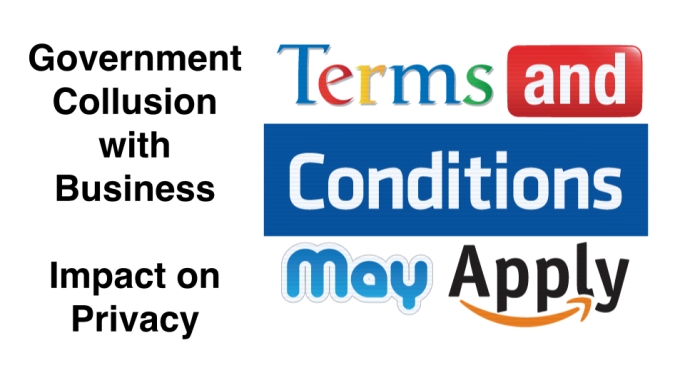 Terms and Conditions May Apply is a documentary film about how citizens as consumers are giving away their privacy and other rights by means of software agreements and other contracts. The video is available for viewing on demand and download from Vimeo.

The movie explores how we’re enticed to relinquish our right to privacy and release our private personal data to companies that buy and resell it as a commodity.

Such practices erode democracy because they permit expansive monitoring and manipulation of people.

James J. Yee (Chinese: 余百康 or 余优素福, also known by the Arabic name Yusuf Yee) (born c. 1968) is an American former United States Army chaplain with the rank of captain. He is best known for being subject to an intense investigation by the United States, but all charges were later dropped.

Yee, a Chinese American, was born in New Jersey and raised in Springfield Township, where he attended Jonathan Dayton High School. Yee graduated from West Point in 1990.

In his appointed role as chaplain, Yee ministered to Muslim detainees held at Guantánamo Bay detention camp and received commendation from his superiors for his work. When returning from duty at the Guantanamo Bay Naval Base, he was arrested on September 10, 2003, in Jacksonville, Florida, when a U.S. Customs agent found a list of Guantanamo detainees and interrogators among his belongings. He was charged with five offenses: sedition, aiding the enemy, spying, espionage, and failure to obey a general order. These charges were later reduced to mishandling classified information in addition to some minor charges. He was then transferred to a United States Navy brig in Charleston, South Carolina. The government did not name the country or entity for whom it suspected Yee was spying.

All court-martial charges against Yee were dropped on March 19, 2004, with Maj. Gen. Geoffrey Miller “citing national security concerns that would arise from the release of the evidence,” and he was released to resume his duties.